Jefferson L. Raney was a close friend and board member of Ted Richmond’s Wilderness Library.

Jefferson constructed the Raney branch of the Wilderness Library on his farm.

In later years (mid-1950’s), Ted would spend his summers working out of this library because of it’s easier to access than the Wildcat Cabin (his homestead) and the beautiful views. The pine trees whisper with every breeze that blows through them and can easily lull you into a idyllic state of mind.

Since I was born in 1951, Theo was long gone from the region when I was old enough to remember him. I have heard stories all my life about Ted from my grandfather and others. I would spend my summers on the farm, with many hours exploring and reading books and magazines in the library. My grandfather always told me that he left the area and never told anyone where he went and never returned to the library (I later discovered those were lies to keep his enemy’s away from him. For more on that, see the Down TWilight Trail story.)

In the mid-1970’s, my grandfather called four of his grandchildren together. He had us do a crude survey of his property using an old Naval compass, 50’ tape measure, and sticks. We traipsed over some of the most beautiful, and rugged land you could imagine. I had a new found respect for surveyors once realizing that they could not take the easy path when surveying. Over rocks, down cliffs, thistles, thorns, brush, you name it.

After we finished a hard days work, we returned to the farm. Jeff had us draw straws for plots of 40 acres each. We paid him one dollar for the property, with life estate for him and our grandmother Flora.

My brother got a nice patch of land to the south of the farm. Good pasture, a pond, and plenty of building spots. The oldest sister received two 20 acre rectangle plots connected at a point. One with excellent pasture land and views, the other hilled pasture with some rugged areas at the north side. The youngest sister received a beautiful pine forested plot on the southwest side of the property. Gorgeous views, large old white pine stands, ponds, and a cabin our father built many years ago.

I drew some of the most rugged land of the lot, the northern part that was steep, but also contained a large bench. The forty acres that my brother referred to as “no mans land”. Later, I would discover, Ted called it “the cove”. When you are in the cove, it is like having the mountain for your ear. Sound reflects into the cove, and you could swear you can hear the whispers of people easily.

When we surveyed “no mans land”, we passed very close to Ted’s old Wildcat Cabin. I remember I was a little disappointed that it was not on my land, because my grandfather thought it might be. Little did I know, that with technology (GPS, GEO Maps, Satellite photography), I would learn that the Wildcat Cabin is on the 40 acres.

Of the four plots of land, I remain the only one that did not sell. I had several offers over the years, but felt an obligation to my grandfather to keep it as I had promised him.

Now the connection with Ted Richmond continues. A man I never met, but has been such a large part of my life. (In speaking with my mother, she said it is possible on one of the family visits to the farm, Ted could well have held me as a baby soon after I was born.)

My mission is to see that Ted, the Wilderness Library, and all of the great work he performed for the folks of Northwest Arkansas is not forgotten. 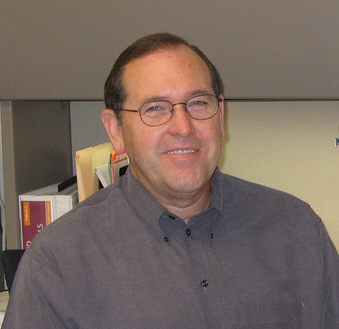